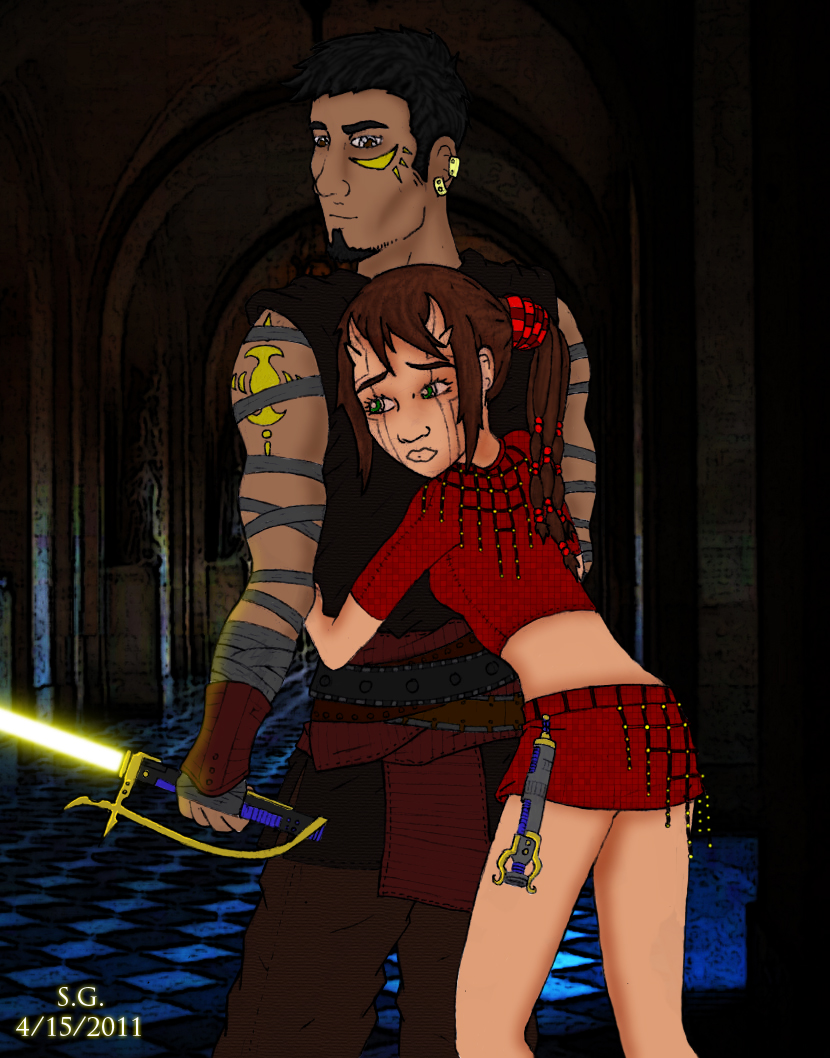 just recently got a tablet and this is one of the first pictures i have colored with it.

I see that the problem of children growing up too fast has hit the Star Wars universe too, talk about a short skirt on a minor! :D

That's the ahsoka influence I imagine.

she supposed to be 16

...i thinks thats older than ahsoka, i am not sure how old ahsoka is supposed to be.

Ahsoka wears leggings under the skirt, but your right, she's been a bad influence on the other Padawans.

Ahsoka's age is contradicted a bit, originally she was supposed to be 11 according to Lucas, but the StarWars.com databank said she was 14 when she became Anakin's Padawan. I think the later fits better with what we see on screen.