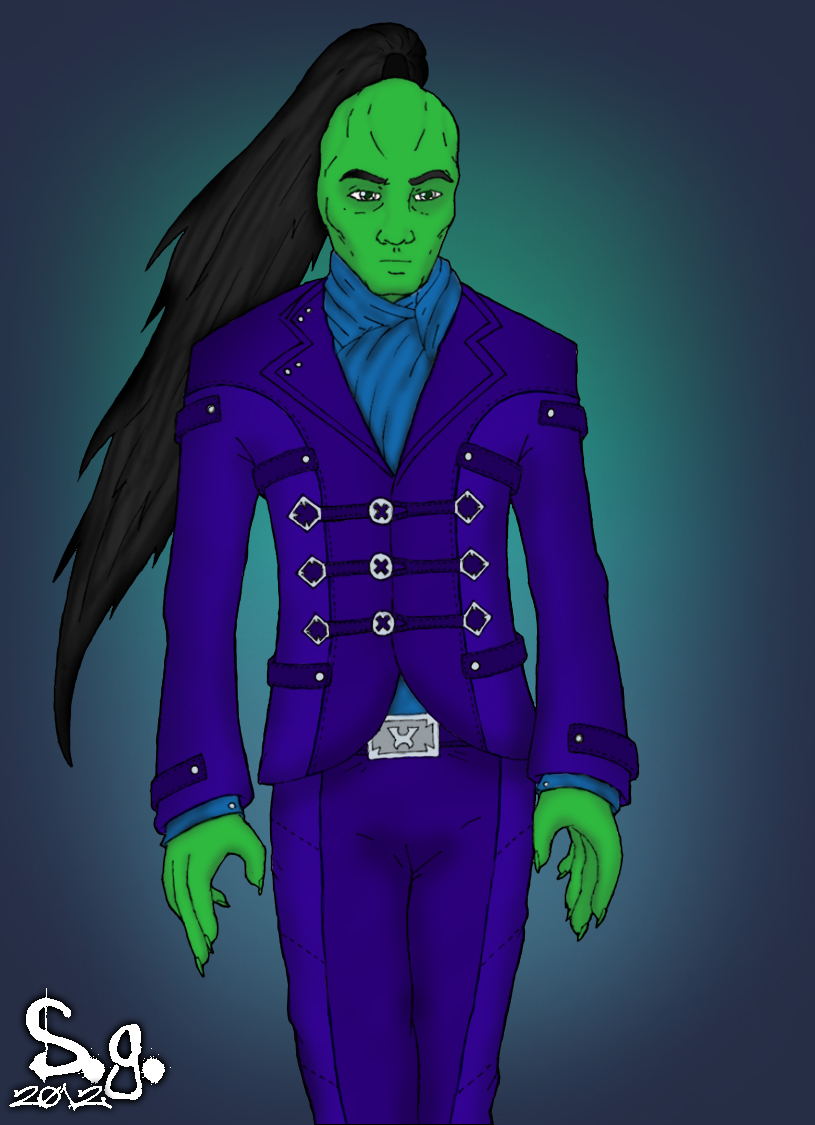 Livintius Scipio Xiss was born to a lower class family on Falleen, his force-sensitivity overlooked by the emissaries of the Jedi Temple. To be fair, there was talk of war, and so the group that came through during the time that he would have been found only had time to tour the families of the upper class. Sadly, they missed an opportunity - Livintius was the younger brother of Zule Xiss, a talented and rising young padawan already chosen by the Jedi. The boy grew up knowing that his older sister had been taken well before he was born, and always dreamed of meeting her someday.

Eventually, the war took its toll on Falleen as well, and Livintius's parents were killed. Taken in by a wealthy family, he was raised as a noble of their house. Taught the ins and outs of subterfuge, control, politics, and interpersonal relationships, Livintius seemed to have a natural affinity for working with people and convincing them of his point of view. Additionally, he was always one step ahead of the other youths he learned with, and even his tutors sometimes. When he turned 19, his family sent him out into the greater Galaxy to learn of other cultures, as was customary of the ruling classes. While at first he seemed to be the typical Falleen, he soon found himself questioning the assumed superiority of his people and trying to look deeper into things. And in his journey he has found himself learning more than he ever thought possible. Now 26 standard years old, Livintius still has a decade of travel ahead of him before he becomes an adult by his people's standards and is able to return home and take his place at the head of one of the noble families and he intends to spend every last moment of that decade searching for the deeper truths of the Galaxy. A search which has led him to an out of the way space station in the Core...

I absolutely love it silk! He's just like I imagined and hoped! I'm sorry it took me so long to see this - I've been out of the fold for a while. But great work and Skip is going to be great in the campaign!