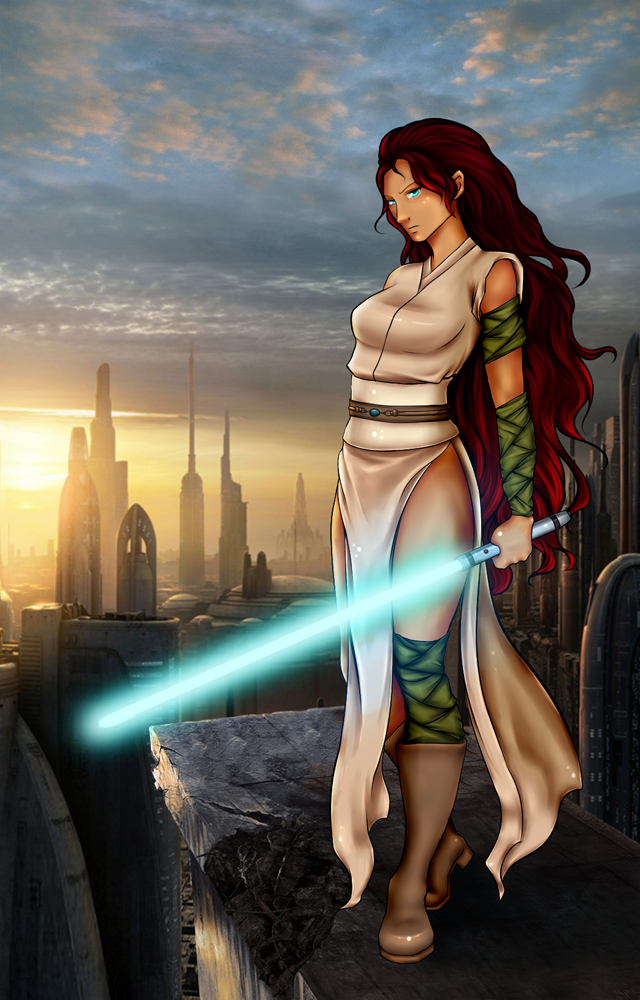 Gifted as an infant to the Jedi Order as part of an arrangement struck with Master Yoda, Kithara was an active Jedi Master during the Clone Wars. After Order 66 she disappeared and was believed dead for many years when in truth she had gone into hiding like the handful of other Jedi who managed to survive the Purge. Even after Vader and the Emperor fell, Kithara remained in isolation until eventually seeking out the New Jedi Order.
---
She is an OC of mine that I made for an RPG (5e Homebrew). I also have been using her in a fanfic of mine that is a prequels alternate timeline story. Because let's face it, while the prequels had some good aspects and good bones, there were a lot of places where they flat out sucked. Anyway, she was born on Dathomir (as in Teneniel Djo / Tenel Ka Dathomirian *cough*) and though pictured with one lightsaber is actually well noted for using twin blades.

Credit Where Credit is Due:
Pose Reference: KateFox
BG Created by: jc-starstorm

Stunning picture! Very nice to know you use her in fan fiction.

Question though, is that a movie still image for the background?.. or Video game?