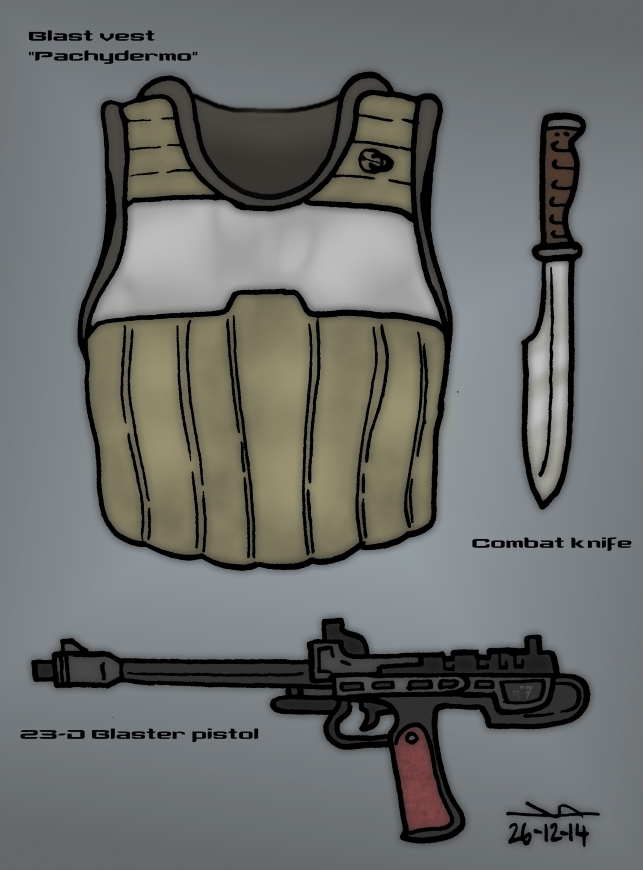 No, that's not what Santa brougth me ;)

I'll be a guest player in a friends game next year, playing a Rodian venturer named Kelko.
So I decided to draw his combat gear instead of him for change.

Maybe more artwork is following after the adventure.

How did I miss this?  Great stuff, man!  I had never really thought about posting pics of gear, but now...it makes perfect sense!  I mean, we're meant to be primarily providing resource material for gamers, right?  Awesome!