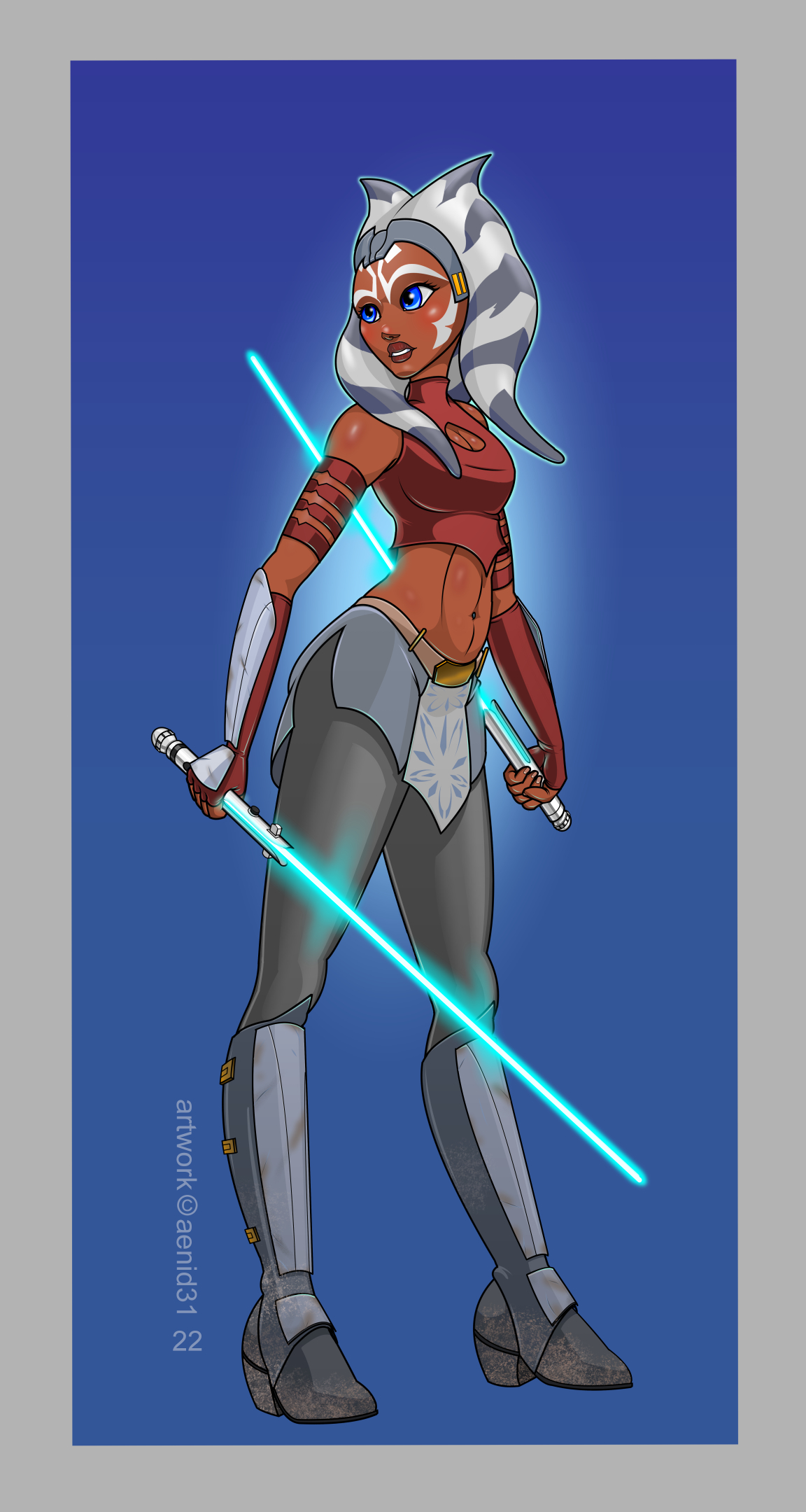 A bit of a mashup from Ahsoka Tano's appearance on several series but still staying within the lore of Togruta appearance and outfits (why wouldnt  Ahsoka want to occasionally change her outfit, eh?). I was tempted to render Ahsoka barefooted (Togruta on their Homeworld go barefoot apparently in reverence to and to be closer to their land) and may change her boots to the Ninja tabi Ahsoka wears in 'the Mandalorian'. (this will depend on the light saber colors)

NOTE: I know Ahsoka supposedly purified a set of Kyber crystals to make them white but I've noted her Light sabre hilts change to Makashi style ones and wondered about this. Possibly adaptation of Makashi style Jedi form? Maybe the Kyber crystals are married to the original hilts?

Really love this one. Featured!