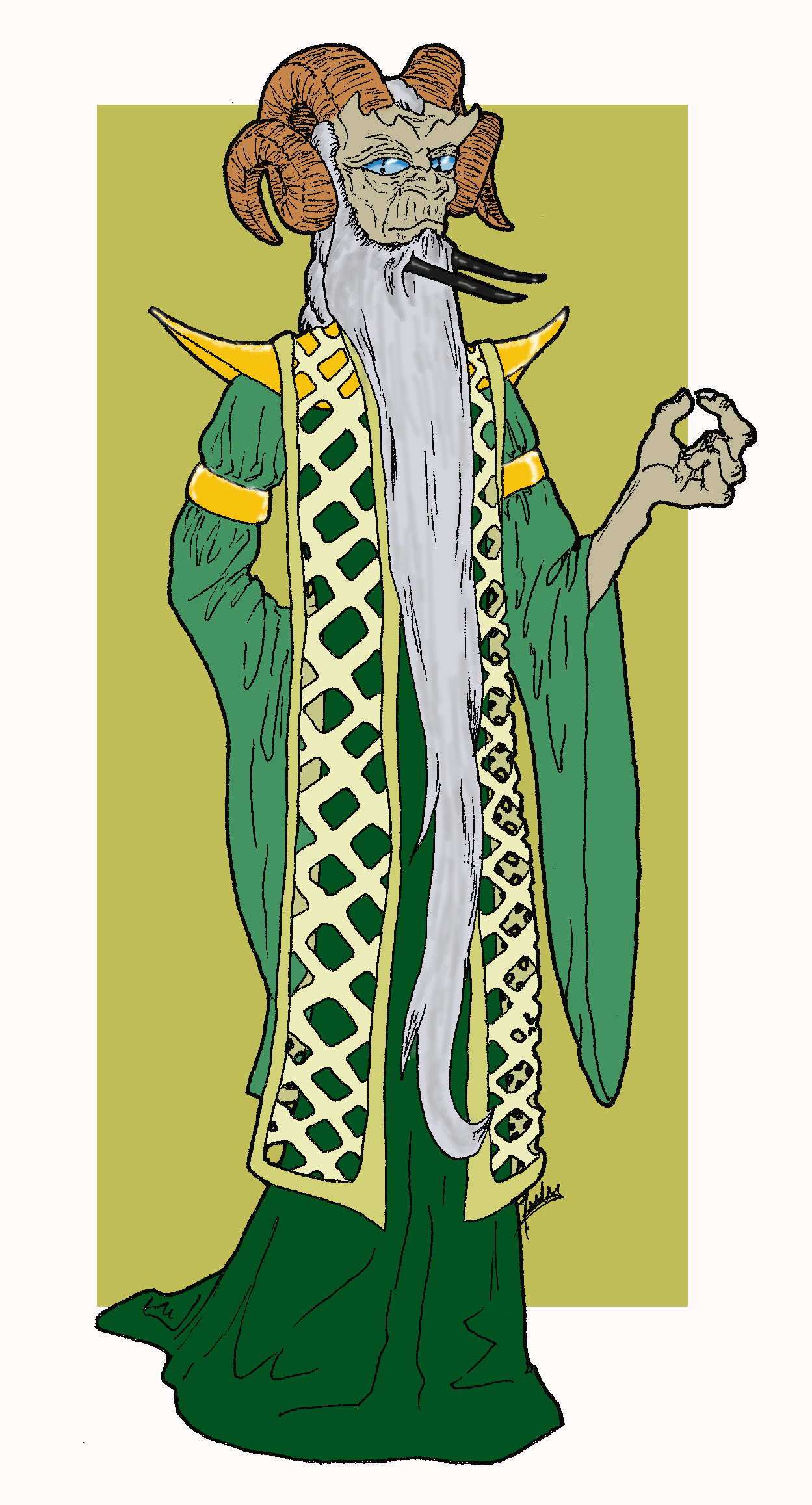 Min Dolin Sha is the Supreme Chief of all Min. The Min had been at war with each other for thousands of years. They had sporadically been at war with the Vourren for over three hundred years. When the Vourren became a serious thread to Min exsistence, it was Min Sha who had the vision of a united Min poeple. Through diplomacy, charisma, tactical cunning, and pure willpower, we forged his splintered, nomadic race into one people, united in their own defence and in a common future. Min Sha rules with the aid of a council of elder advisors. His advisors, however, prove to be continually self-serving, petty and short sighted. Regardless, he rules in a wise and just manner. Min Sha is beloved by the people. Because of his accomplishments and skills as a leader, he is revered almost as a diety. Min Sha's greatest concern is his legacy. He is extremely vital for his age. He is also, however, very old for a Min. He worries that he will not find a suitable replacment to carry on his work and keep his people unified when he dies.

Nice follow-up to the earlier Min illustration. I like how you first illustrate the species, then a sample character of that species. Very WEG and I like it. But hey... you speak of the Vourren? Have you any illustrations of them?

Thanks. I've had this whole little corner of the universe, with the Min, Aquavians, Vourren, Dran Shukkan, etc., buzzing around in my head for years.

I do have a Vourren pic coming up soon. I need to add a couple finishing touches. A couple of samples of their spacecraft, as well as the Aquavians' O-Wings can be seen in my gallery.