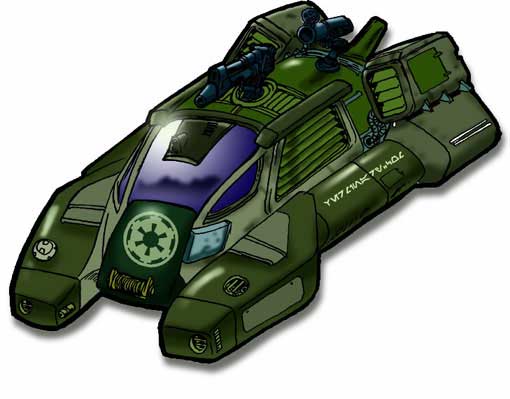 A less sleek version of the Ronto One, the Kalista-Equitar Ronto Two
Combat Speeder is an armored military variant that comes with a heavy
blaster cannon and a grenade launcher.

The Ronto Two was commissioned by Gary Astleford & Amy Luther of The Rebellion website for their Cruising in Style: The Vehicles of Kalista-Equitar article.