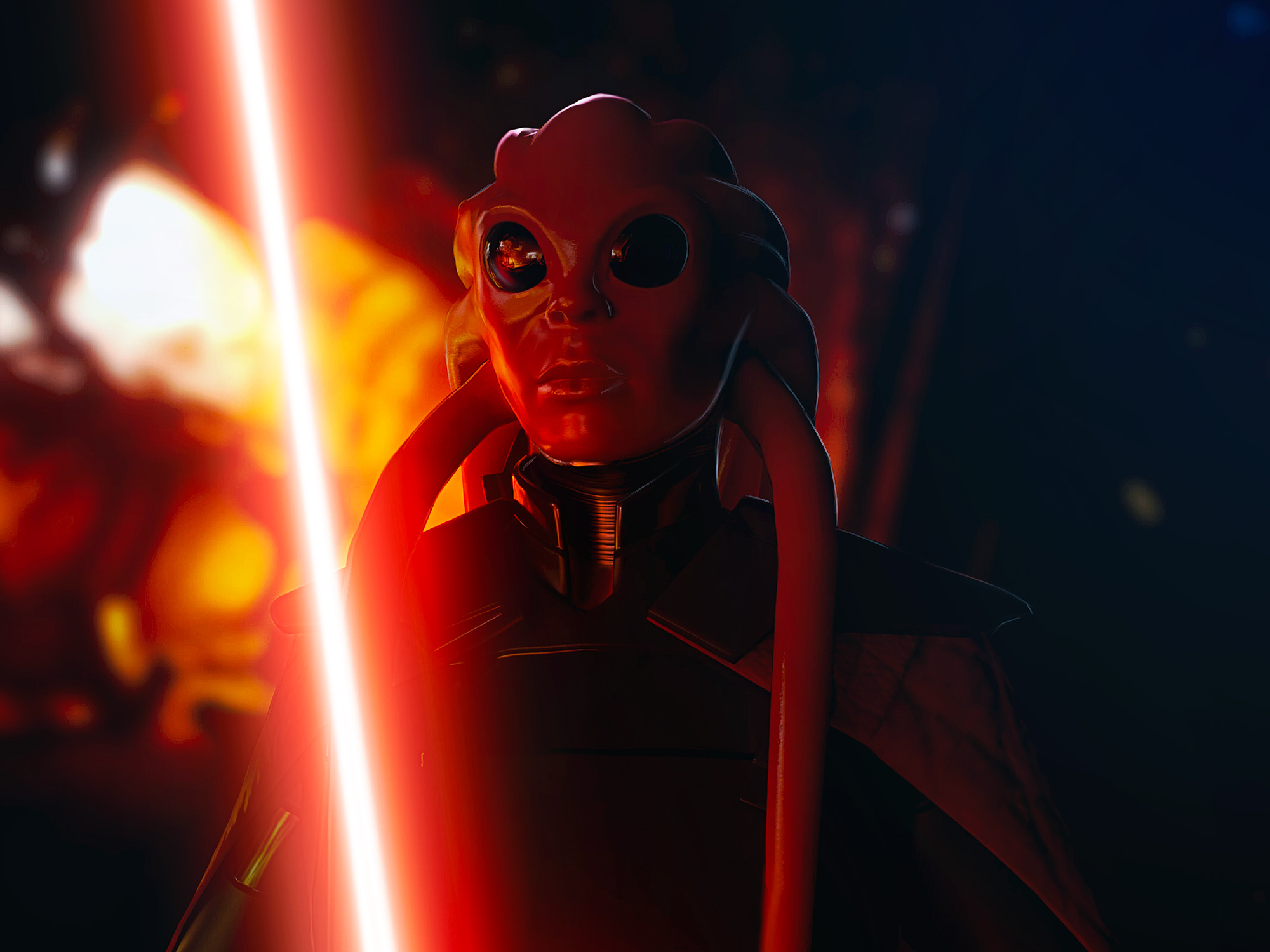 Following a successful courier mission to Hammer Bay, Jadd, Nyle and Kandra Halcard finds themselves with several hours before their scheduled departure time. Kandra was going to try out sky slicing but they decided to first relax briefly in a local pub, the Anvil Bar, that Jadd knew from prior visits to the city. The three arrived at the pub to find the name changed to “The Anvil and Tongs”, and the bar much more upscale than what Jadd remembered.

After a few rounds, there was a commotion at the entrance to the bar and a young Human ran into the bar and ducked behind an empty table. Behind him, a Human woman staggered into the bar and collapsed, with a long partially-cauterized wound down her back. Following both came a figure that Jadd and Kandra recognized as an Imperial Inquisitor; a tall, lean, red-skinned Nautolan dressed in gray and black armor. As the pub’s denizens retreated away from her, she taunted the boy. Jadd distracted her for a moment and Kandra took the opportunity to grab the child and run for a side office. A brief fight ensued, ending with Nyle shooting the Inquisitor with one of his wrist rockets and sending her into a wall.

The three fled from the bar and into the streets of Hammer Bay with the child. They headed for Kandra’s ship: Jadd with his rocket boots, Nyle with his jetpack and Kandra and the child on the sky slicer she’d rented. Shortly after, the Inquisitor emerged from the bar, looking worse-for-wear and angry, and gave chase. A short chase ensued that saw the Inquisitor using the Force to hurl her lightsaber and herself at the group, and her briefly taking possession of the child until Nyle blasted her down onto a passing garbage scow. The group retreated to Kandra’s ship and blasted off early.

Member since: 2007
Location
Youngstown, Oh, US