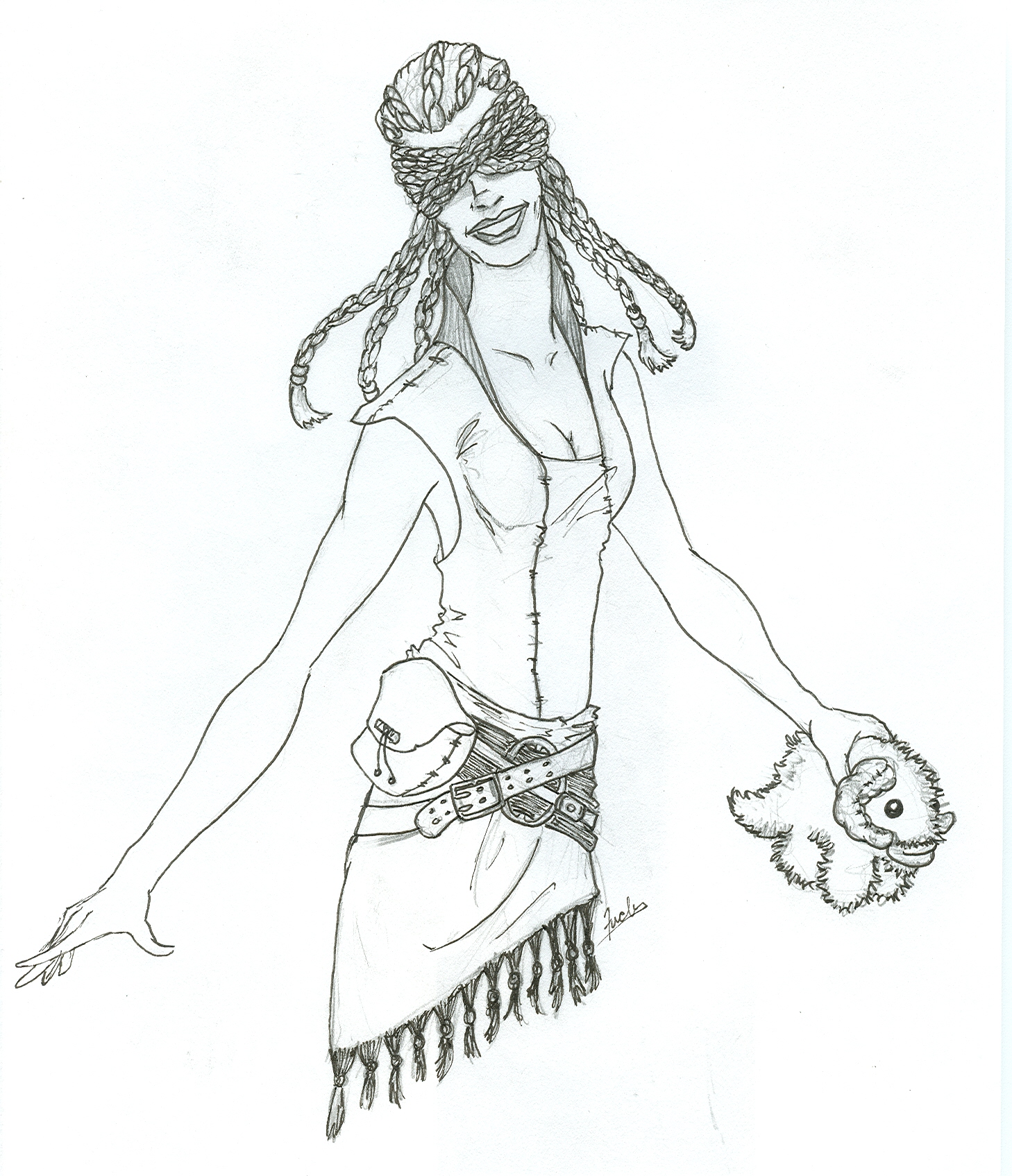 This Miraluka Scout was born to Banthaherd parents. One of her first words, growing up around the huge shaggy beasts, was "Bant", which became her nickname. When she was kidnapped by slavers at a young age, that was all she could remember her name ever being, so that's what we know her as. She apparently spent some time as a dancer before she joined up with out party. Instead of wearing the traditional Miraluka veil over her eyes, she wears her own hair in intricate braids. She has turned out to be a bit of a cleptomaniac. In the marketplace of a space station we visited, she shoplifted a stuffed Bantha from Bimm's cart full of children's toys.

I love the variety and flavor this website gives to the SW universe. Miraluka are one of my favorite SW species, and I love how she is covering her eyes! Great stuff.