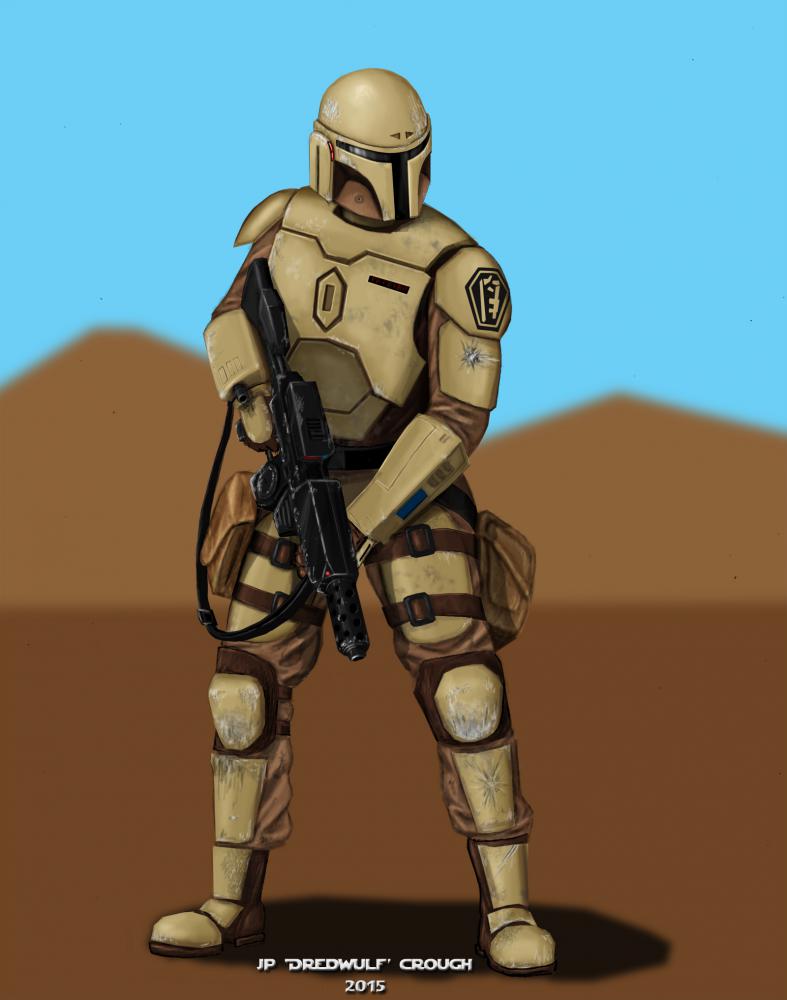 ilya is the eldest of the four Player Character brothers.  He is a veteran of the Clone Wars, where he fought for the Confederacy. While his brothers are more anarchic, ilya's tactical background keeps him grounded.  He's tried to train them in effective small-unit tactics, but the rigidity chafes them. He has inherited his father's blaster rifle which he uses like a rapid-fire surgical instrument.

Cool stance, Love the rifle and the sand coloured camouflage!