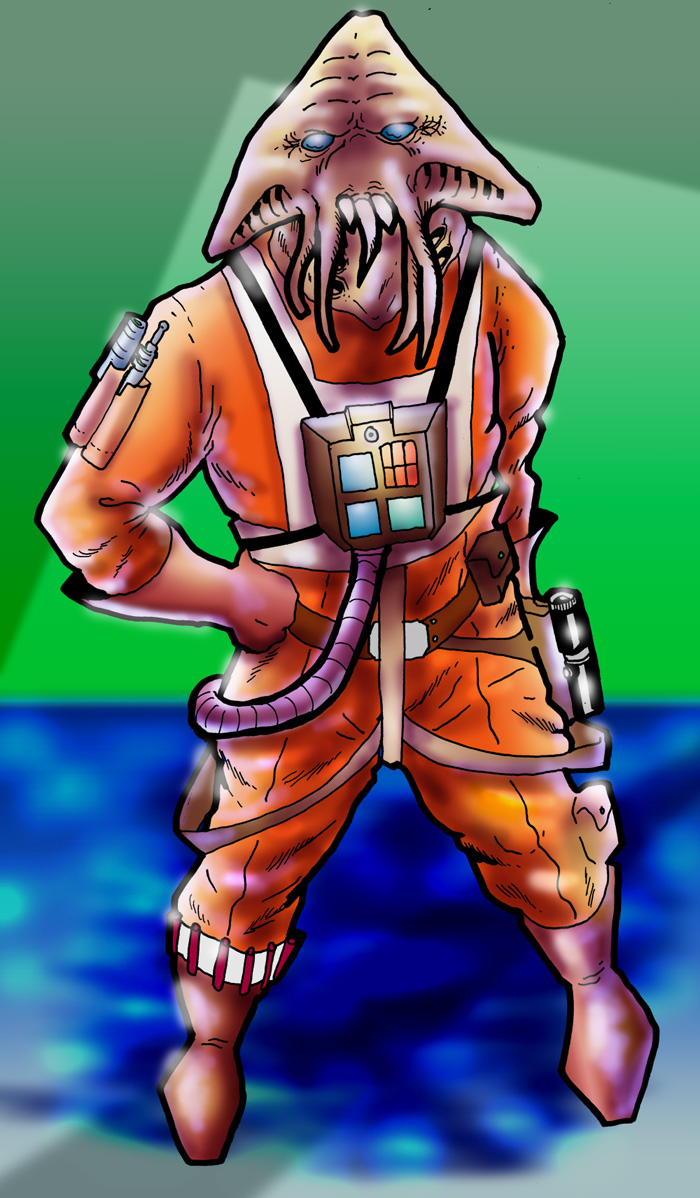 Dorniekke Nels was the first PC in my Strikeforce Enteague campaign to die back in 1989. He sacrificed himself on Iskalon so that his teammates could live.

Dorniekke Nels was played by Lim Ming Fang, one of my best friends from school and a SWRPG gamer. Last I heard from him was back in early 2002. He had just been fired from his job for getting into a fight; and he was diagnosed as a schizophrenic. Afterward, because I worked in the city, I rarely returned to the hometown. I lost touch with him.

Recently, I found out that his family had him put in a nursing home for a 24 hour care, because of a 'muscular disease' and for violent epileptic seizures. Last month my friends and I planned an excursion to the nursing home (which was in the next state) to visit Ming Fang. The day before we were about to go, we called up the nursing home and discovered that Ming Fang had passed away.

They always live on in our memories, our duty is to continue living and remember them always. I had a friend who died back in 2004, I didn't know him too well and he was one who most people deemed 'annoying' or 'strange nerd'. He always had a particular way of being funny that most people labeled 'nerdy jokes'. But I always chose to be his friend at school and be nice to him and he'd always love to talk to me and joke for hours.

One day I heard he went to an anime store and looked at a transformer car air freshner can and asked the clerk, "what does this smell like? Energon or oil?" I'm sure he would have told that one when the movie came out. He died in a car accident on the way back from a convention. I visit his grave from time to time. I too wished I had more time to hang out with him. I heard the news of his death in 2006.

Keep up the good work though.