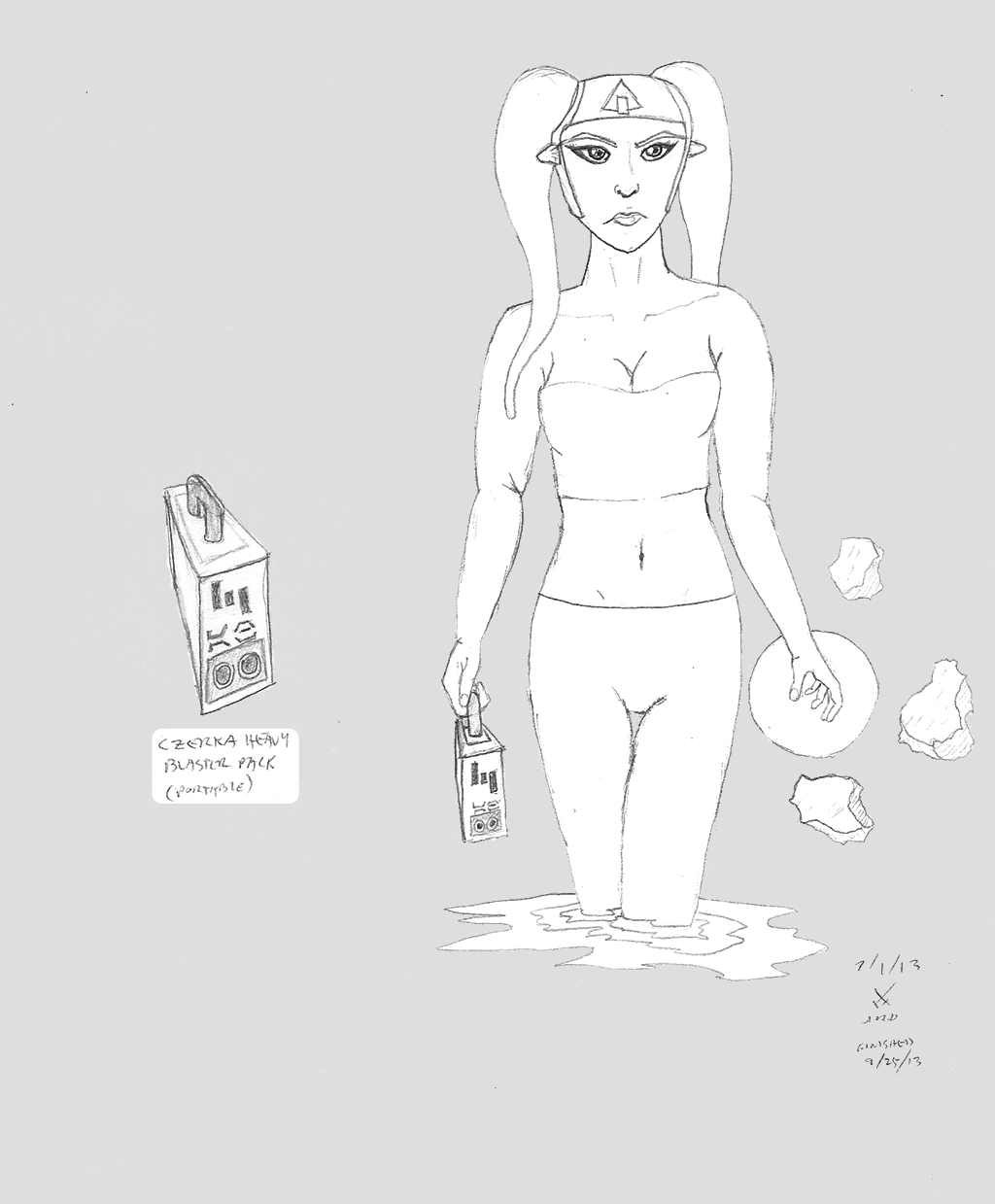 I needed a beefier blaster charge pack for a scene in a game, something between a rifle pack and a backpack unit, and the Czerka Heavy Blaster Pack (Portable) was born. The idea was for the party to use it to power a computer system for a short time to get some needed information, then burn it out on a shield generator as they fled the Big Bad's thugs. They managed to escape the situation without needing the shield and an enterprising technical PC hooked up a DL-44 heavy blaster pistol to the thing. Unwieldy, but generally hilarious. The art piece shows the Czerka Heavy Blaster Pack carried by a wary Twi'lek Jedi.

Thank you! It's always amusing to see what your players will twist your plot into, given the right gear. :)

I like that you show it with and without a character. And Star Wars is one of the few games where you earn enough credits, you can compensate for your short comings....like a red Corvette or giant 4X4 of gaming.