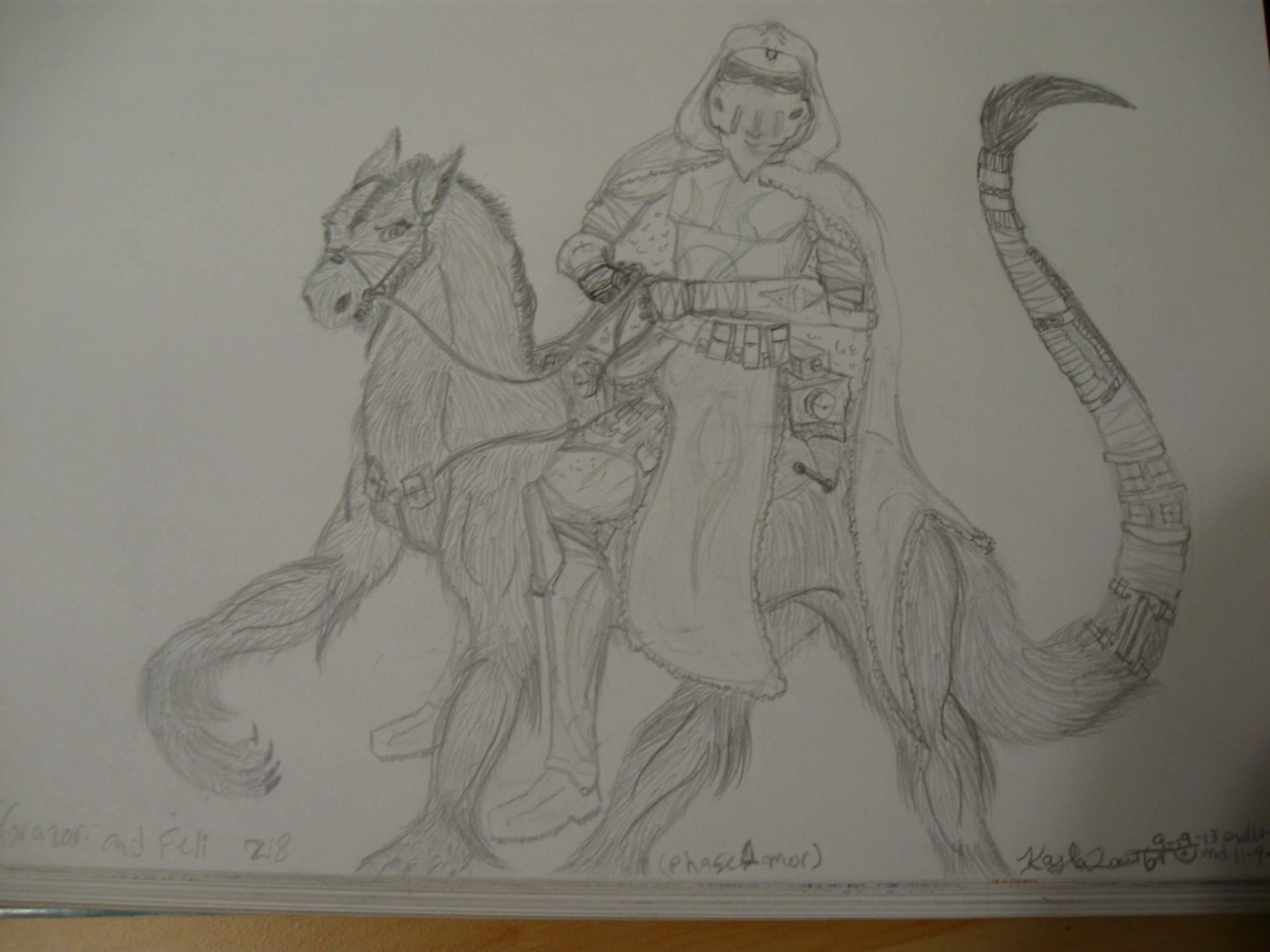 So, this is ARF Trooper Corperal Grazer and his predator, Feli. Feli is loaded up with weapons, amo, poisen, and a saddle. Grazer is in his snow gear (phase 1 armor) and his sniper rifle is taken apart in three sections and straped to the back of the saddle. He has other weapons such as vibroknives, and what would be a Star Wars version of throwing stars. Sadly on the drawing itself, I messed up on Grazer's hands and arms.

As for Feli, he cam by Feli when he had to do a mission on a snow world. He needed something that wouldn't scare local wildlife like a speeder would, but something that was agile, and stong.

At the end of Feli's tail, she had quils that can spred and close as she wishes. Grazer has poisen that he will dip the quils in before he enters combat so as to make Feli more lethal.

Very cool! I'm naturally quite curious about Feli. ;) Is she a canon creature or one you've come up with? I'm getting some serious part-horse-part-big-cat vibes from her.

Thank you! Yes, I did come up with her ;) . And yup! I love horses and cats. I was trying to make something agile, but a good mount, so, my first thoughts where a horse and cat. And there might have been a bit of reptile influnce too. ;)