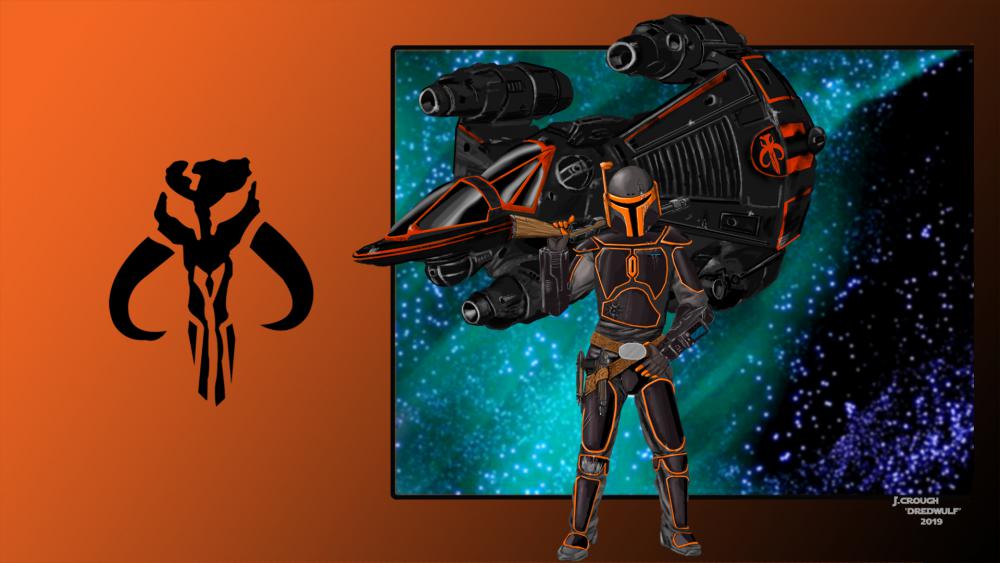 Player character of a friend of mine.
Slake Vergorren was a Sector Ranger who fell for a bad girl.
That bad girl was a mandalorian.  When he was suspected of aiding the criminal activities of her clan, he was forced to resign as an officer of the law.
He joined the mandalorian culture, adopted into the Sevarisk Clan and one of his first criminal heists was stealing a Gunstar from his former employers.
Now he and his wife are bounty hunters and mercenaries.

The Gunstar is from The Last Starfighter.  In my Star Wars RPG it is the primary patrol and enforcment craft of the Sector Rangers.
I sized the image for the player to use as a desktop background.

Oh sweet! And hey there dude! Nice to see you're still playing, and that's a great pic for a fun sounding character.

Thank you.  I've been away from it for a couple years; gaming a different genre. Just started up my Star Wars Mandalorian campaign again a few weeks ago.

I love it.  The use of the ship from The Last Starfighter is awesome with the paint job.  I wish I had one.