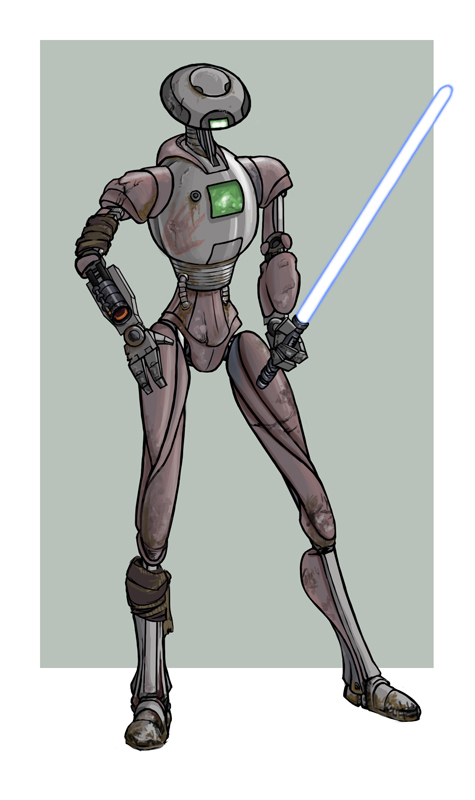 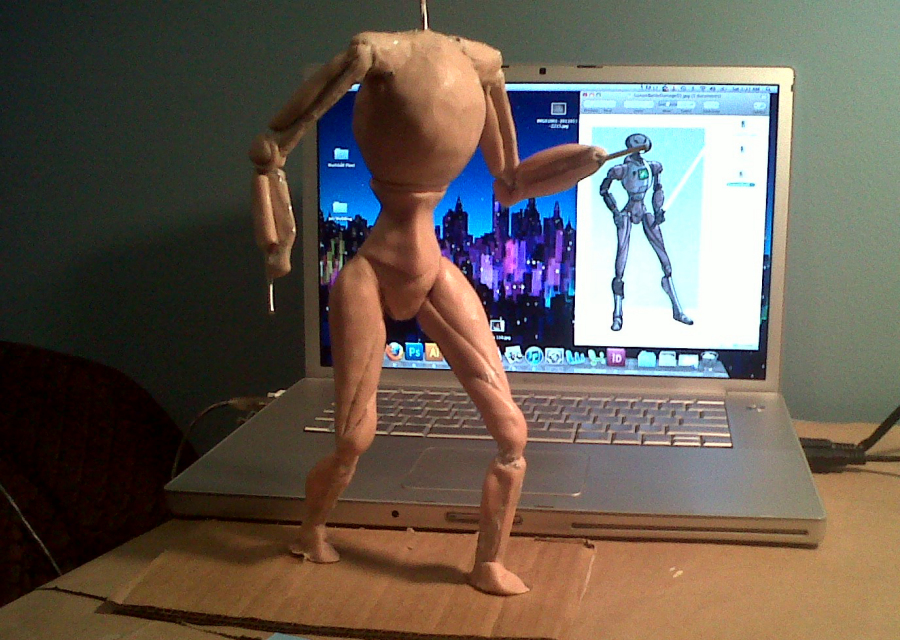 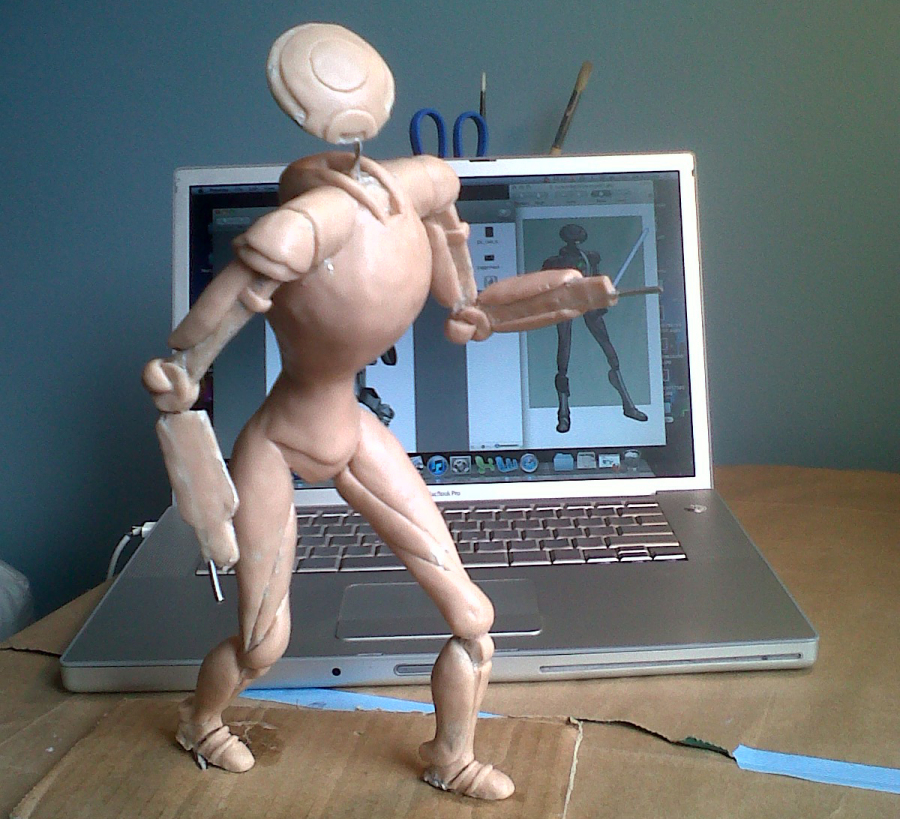 As most of you know, I've been hacking away at an "Invasion"-era fan comic. I've been having a difficult time drawing Luxum just right - her angles and perspective keep throwing me. So I decided to make a maquette model of her I can use as reference...because, you know, I'm thorough like that. That, and I really wanted to have a 12" model of her in my room. Ha!

Anyway, I'm including the original design I came up with, in addition to the model. I'll post more photos as the piece progresses. Hope y'all enjoy!

EDIT #1: Did a bit more work on her. Decided to do the blaster cannons on her arms more technical, and use wire and tubing...instead of sculpting it. Will have to do after she's been "cooked." I think I might re-do the head....looks a bit small. The jetpacks will be modeled separately and attached later.

Whoa! The art is escaping to the real world!

That is just WAY TOO COOL! Are you using sculpey?

I've done a bit of modelling before, and have always intended to do some decent sized maquettes or busts, but have just never gotten around to sitting down and committing myself to it. I can't wait to see the progress of Luxum... maybe watching her progress will be the inspiration I need to actually knuckle down and have a serious shot at it myself.

Yeah, I'm just using Super Sculpey. It's regrettably too soft in this warm weather, so I actually keep it in the 'fridge until I begin messing around with it. It's not nearly as intimidating as you may think - you should definitely give it a shot!