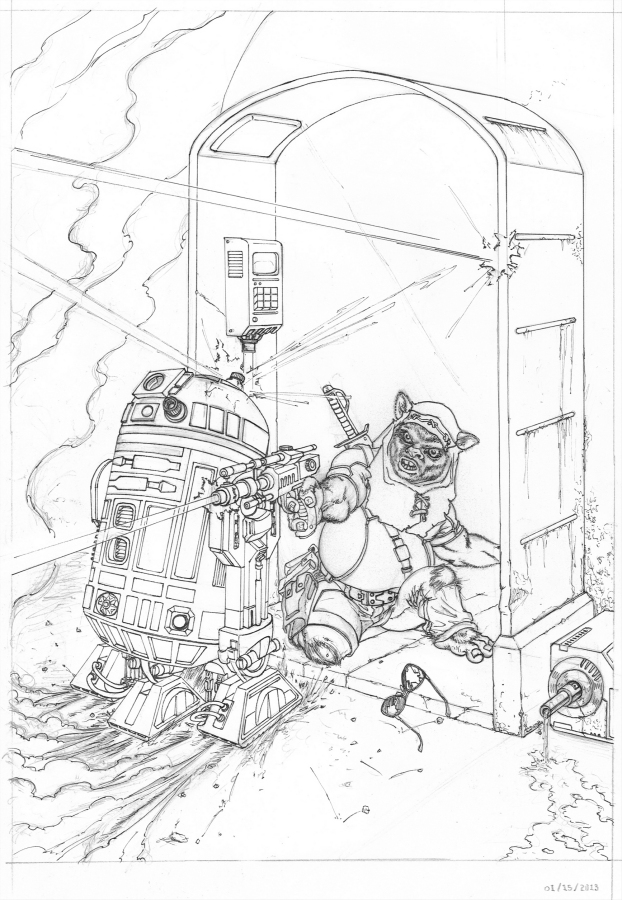 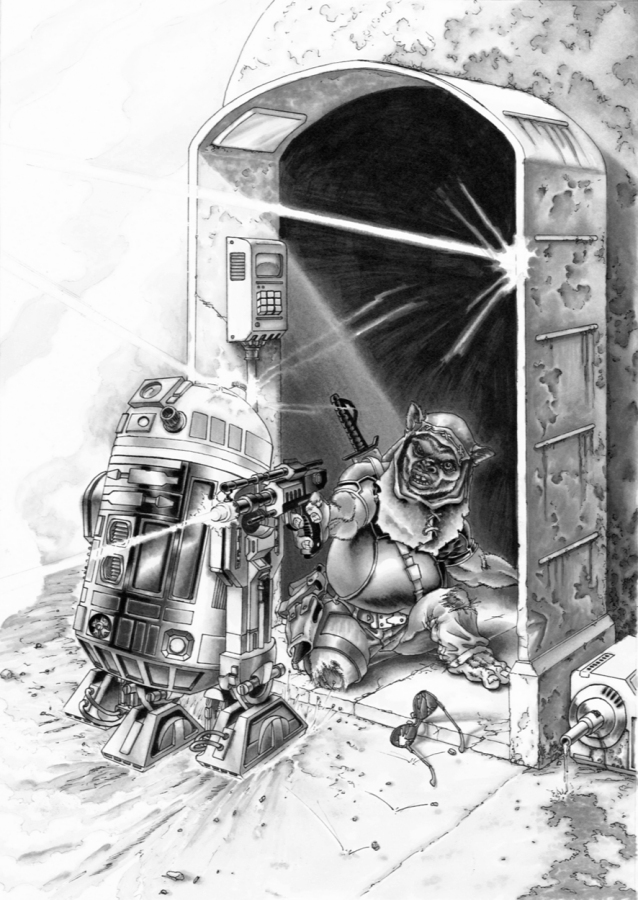 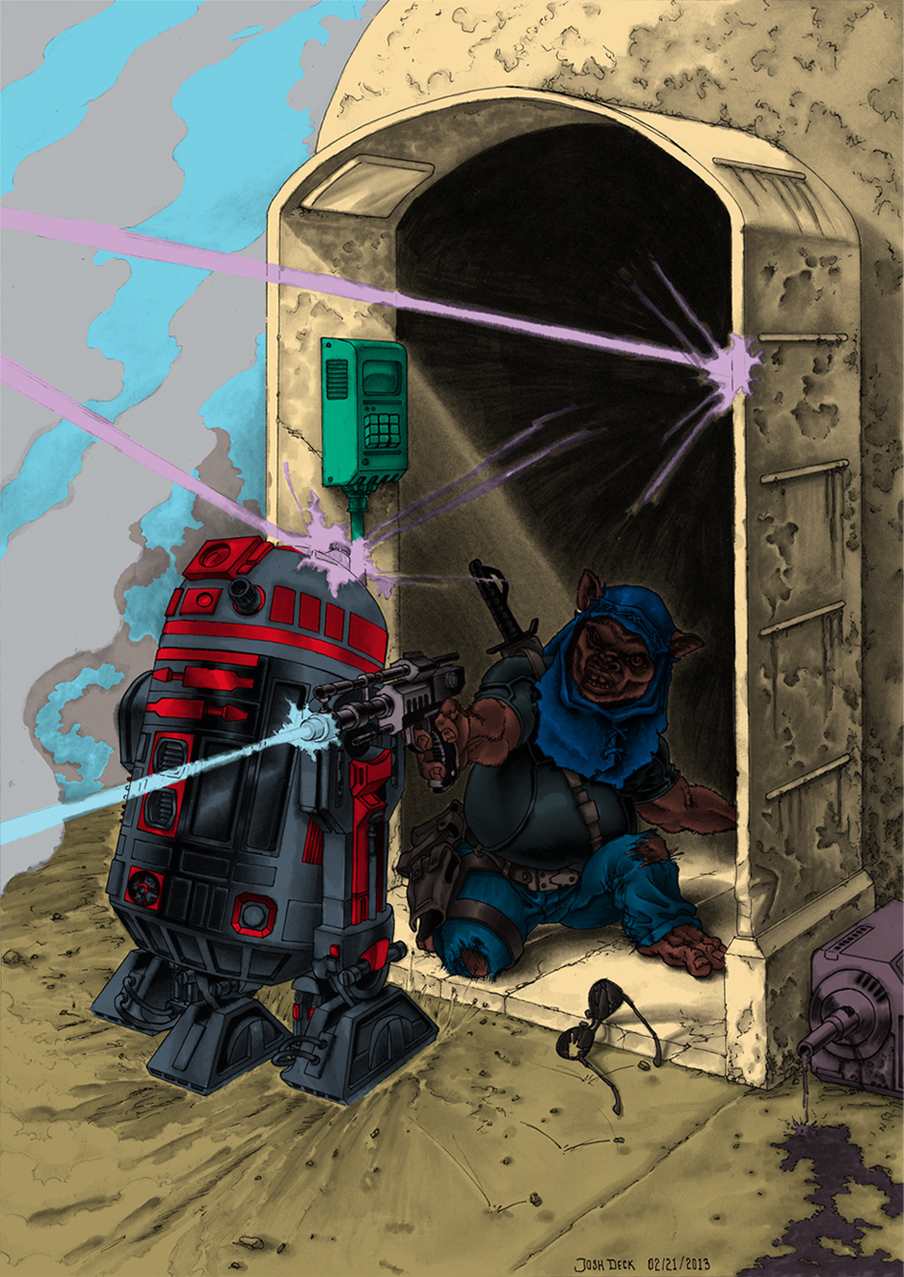 Request from Rebyllion; "I have a request for a strange but very amazing character thats finally coming back to the party. His name is Asha he is an Ewok ace pilot and frequently accompanied by his astromech droid Squiggins. It would be amazing to have them drawn together but i understand if you don't wanna draw both. Asha is your typical Ewok when it comes to height he however was shaved near the beginning of our game so is in the awkward stage of regrowth he carries a human sized blaster on his right leg and a machete across his back. His fur is light brown and he wears a black t-shirt, blue jeans, no shoes, a dark blue hood, and has a pair of silver aviators. Squiggins is a typical astromech droid but has black as the main chassis color with red coloring for the highlights and a few scorch marks on him from a few surprise blaster fights." While I initially didn't like the idea of an Ewok dressed in jeans & a black t-shirt, an idea struck me that I couldn't shake. I also was concerned about trying to draw an ewok that was 'recently shaved' but I think I got it down ok...

01/26/13: Starting off with my 'rough ink' drawing. To be traced onto clean paper for the next step - greyscale marker shading.

That is some wicked coolness right there....love it

Good start! I think the action scene is very well laid out.

Can't wait to see how this progresses, already looking spectacular! :)

Thanks everybody! This turned out to be a fun idea to draw - when I read the character description I was struck by the idea that Squiggins had a few blaster scorch marks on him because Asha was using him as a shield... and I just had to draw that. I'm still picking away at the marker rendering... will post when I've got more done.

Glad you are happy with it so far, Rebyllion!!

I gotta say. As the player and creator of Asha it is soooooo cool that you are drawing him and squigs. You are doing a wonderful job! Brings backs good memories of that game. Thanks again and keep up the amazing work.

Ok, marker render is up - I may go back in for a little more shading before colouring, not sure if its quite done at this point. I should also point out that I've got a new scanner & I'm not entirely happy with it right now... this scan is not picking up all the lightest tones, and feels a little blurry despite scanning at 400x400dpi...

Dranyos, this is your character? Awesome, so glad you are liking it! Once I got this scenario idea in my head, I really had a ton of fun drawing it :D

That is amazing! That is some of the best line work I have seen in a really long time.

Thanks guys. Asok - that's high praise indeed! Perhaps a little too high, for my humble self, lol!

This looks incredible, I cannot wait to see how it turns out.

Some base flats added - I got a new Intuos Pro tablet recently, and just had to play with it on something. I've been wanting to get back to this drawing for a very long time! I may not be able to spend much time going further with it as I have a lot of others commitments I am working on - but it sure feels good to get this stage done at least.